The Media Bridge in Munich is an office building that is 90 m in length, 23 m in depth and is in a raised position approximately 45 m above the ground. It is supported by two lattice framework structures. The office space is occupied first and foremost by media professionals. Here, the architects have designed a building that boasts the most unusual geometry and it is frequently referred to as a “horizontal high rise”.

For the implementation of this project, some 1,350 tons of steel reinforcement were required. Due to transport and structural constraints, however, it was not always possible to deliver and assemble steel reinforcement bars of the required length. The rebars therefore had to be connected on site by Grossmann Bau GmbH of Rosenheim – the company commissioned to do the construction work.

There are two classic methods for connecting rebars. The first method uses the lap splice: here the rebars are positioned next to each other in such a way that their ends overlap in compliance with the permissible values. When the concrete has hardened the applied forces (tensile and compression) are transferred via the overlap length. However, the greater the diameter of the rebars, the greater the required length of the lap. For the construction of the Media Bridge rebars were frequently required in diameters of 25–40 mm, and these could not be offset due to reasons concerning structural stability.

Consequently, the concrete cross section of the construction element was not large enough for the installation of the appropriate reinforcement. Even if it had been possible to accomplish this tricky job, the result would not have met the pertinent standards and the permissible maximum percentage of steel in reinforced concrete would have been exceeded. As a second alternative method, the rebars are field-welded. This process, however, requires a relatively large amount of space. In addition to this, the work has to be carried out by trained specialists.This working method is also very time-consuming, expensive and difficult to implement under field conditions (wet, cold etc.).

The solution then found involved Peikko’s MODIX Rebar Coupling System. This screw system connects rebars in a few simple steps using positive engagement. Even connections between two bars of different diameters or the connection of straight and bent bars can be made with the greatest of ease. The rebars are fitted with MODIX Rebar Couplers at the bending plant and just have to be screwed together at the site. In contrast to most systems of this kind that are available on the market, a torque wrench is not required. Because MODIX Rebar Couplers are designed with a specific control ringthe assembly can take place using a conventional wrench.

Another advantage of this coupler system is that the secure connection can be checked by visual inspection. This facilitates work for the site manager and the structural engineer and offers a major advantage over similar products available on the market today, where the connection has to be checked manually by means of sampling. Such sampling methods are uncertain, unpleasant, expensive and time consuming. For the project in Munich some 12,000 MODIX Rebar Couplers were installed and the whole building reinforcement was positioned and assembled within a period of just 50 weeks. Without this efficient coupler system it would not have been possible to build the Media Bridge, according to parties involved in the construction. 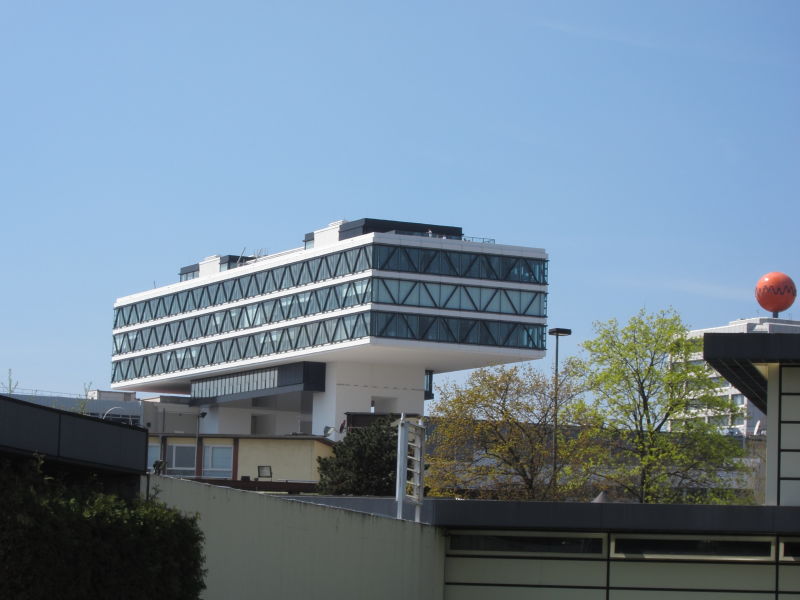 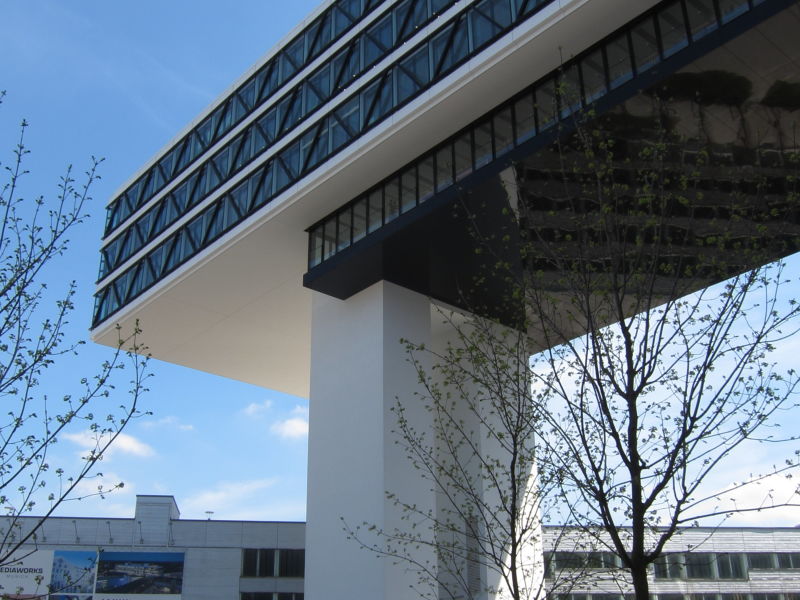 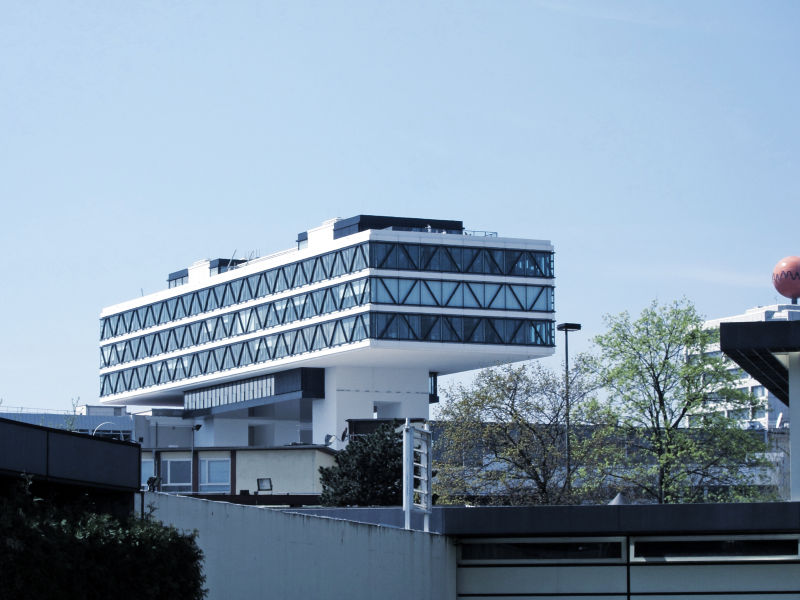 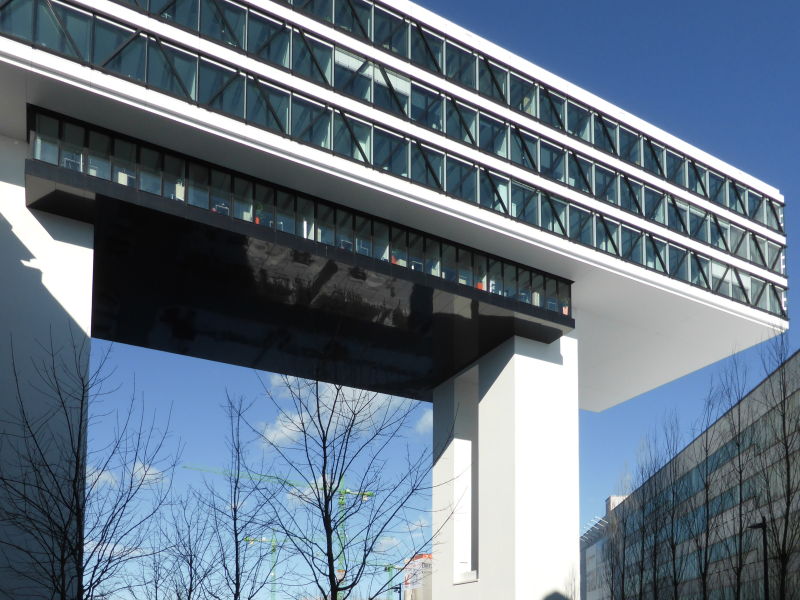 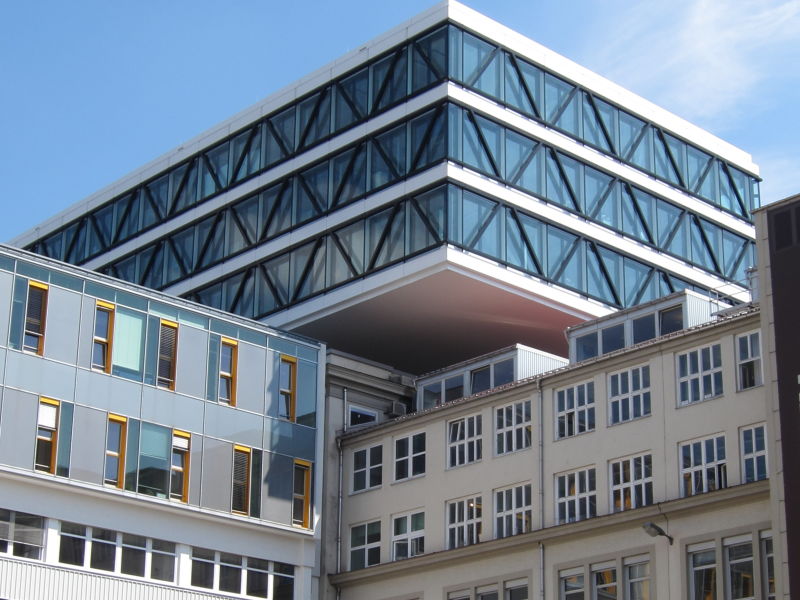 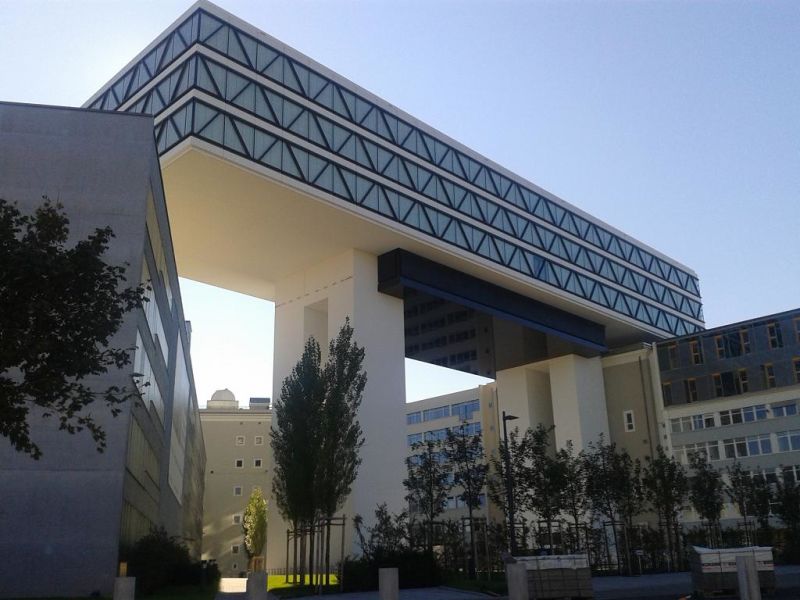 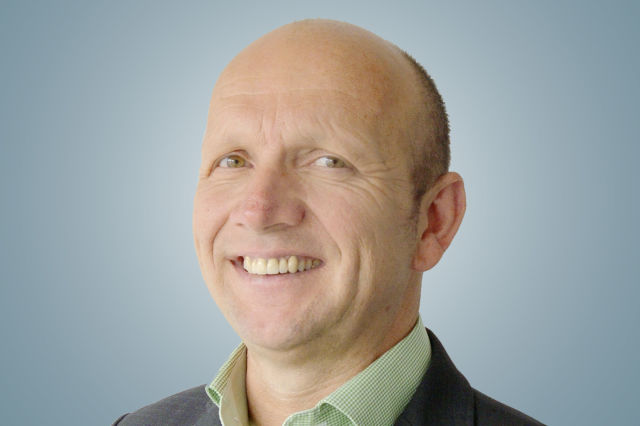